The Angel Canal Festival is a highlight each year, on the first Sunday in September. It's a long day with lots of dancing and music, and happy audiences.

We started at 11 with some music and dancing at our usual first spot, outside the Prince of Wales pub. Sadly this was closed this year.

Next stop was the "plaza" by City Road basin, which this year was a beach - with deckchairs, sand, a pirate ship and pony rides.

After that, we had a "music only" stand at the Lock Island. There's no dancing on the lock island, for safety reasons, but Nick managed a jig on the tow path.

We danced at Packington - the far end of the canal festival, where some of the audience watched from railing above us, and a number of people joined in enthusiastically. All were invited to practice on Tuesday evenings, of course.

Then back to the Plaza for our last show. We were pretty strong in numbers by this time, so we managed Upton Stick Dance and some other less standard dances.

As usual, we spent a lot of time chatting and posing with passers by between shows: some people asked for music so they could show us their moves.

After four shows, our feet were tired but we skipped lightly home (no really).   Pictures by Richard Askew. 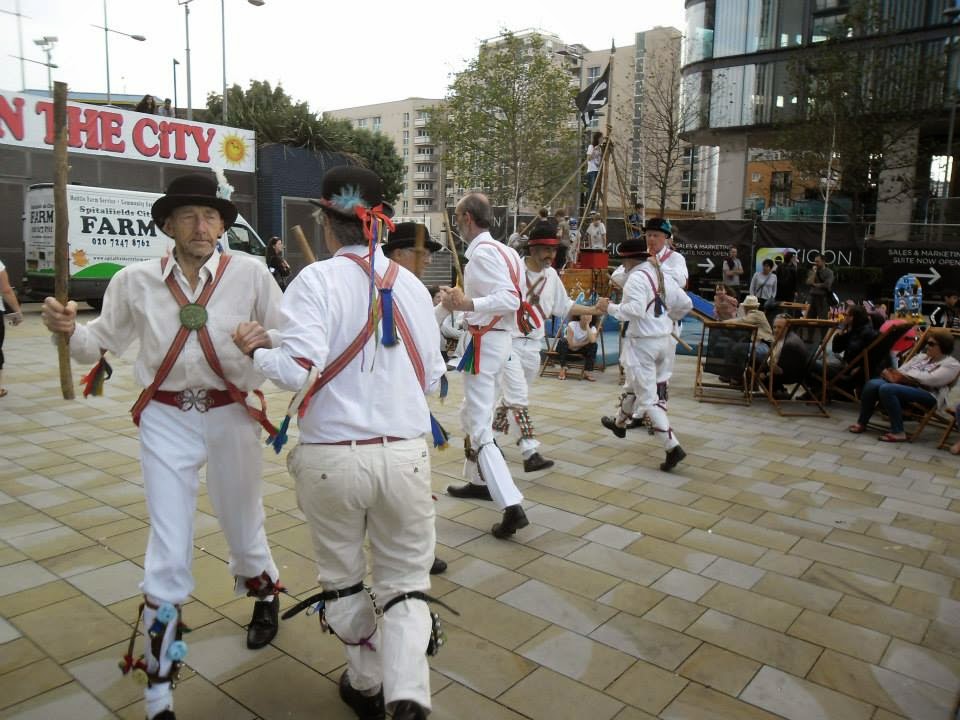 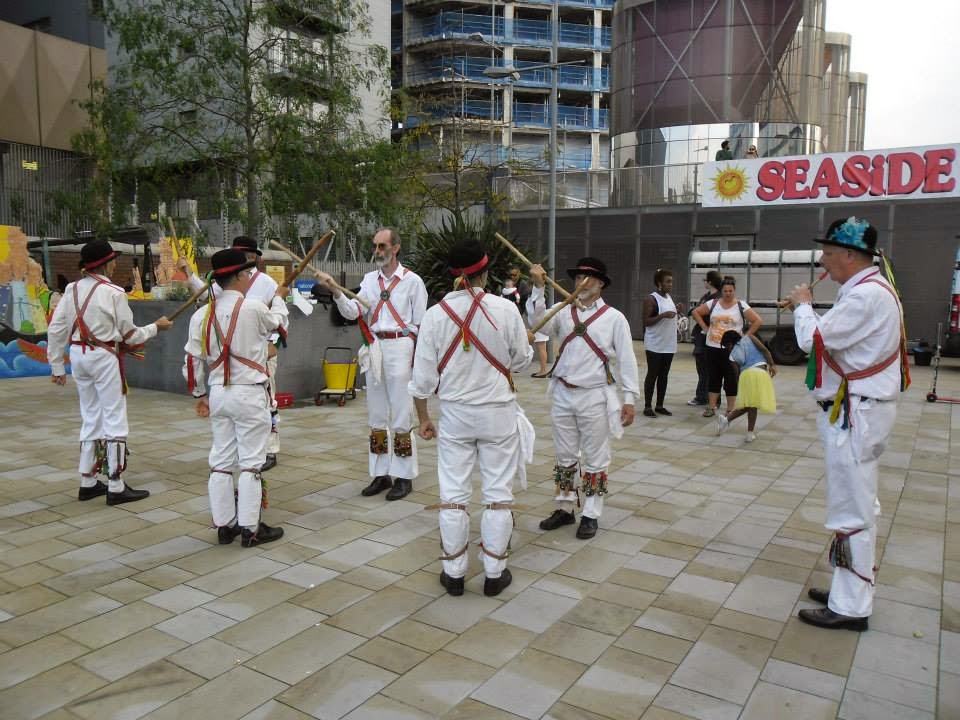 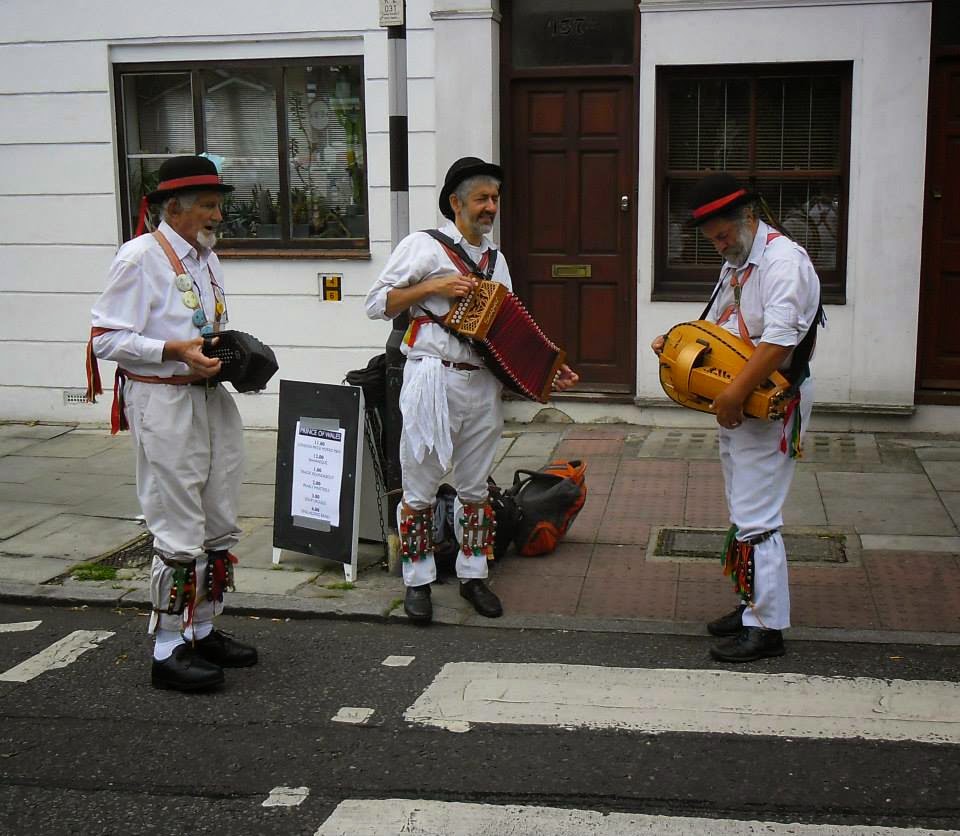 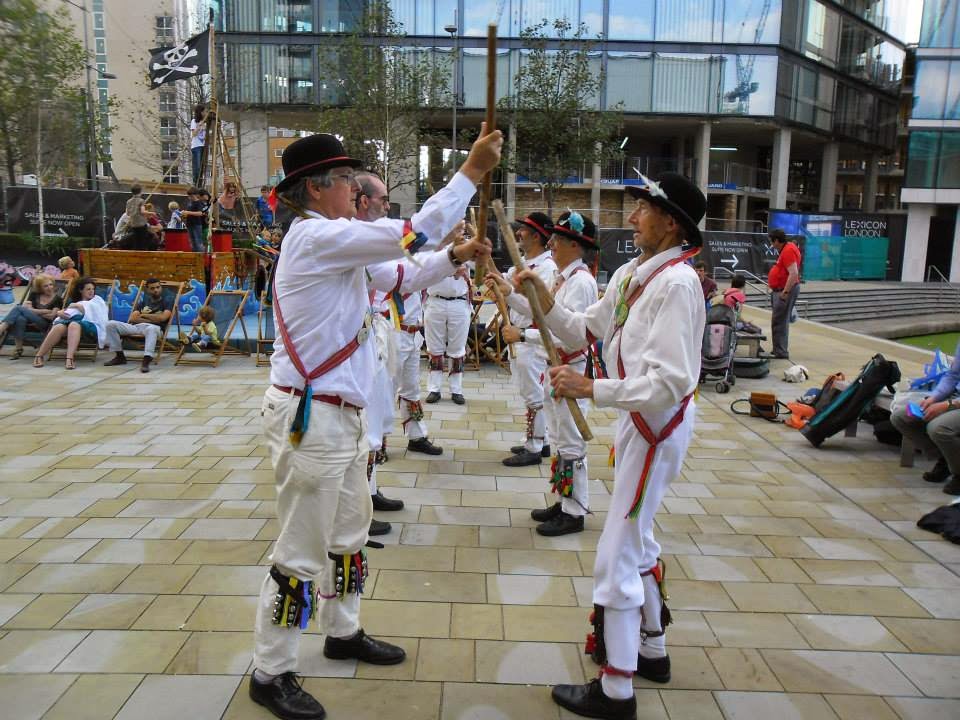 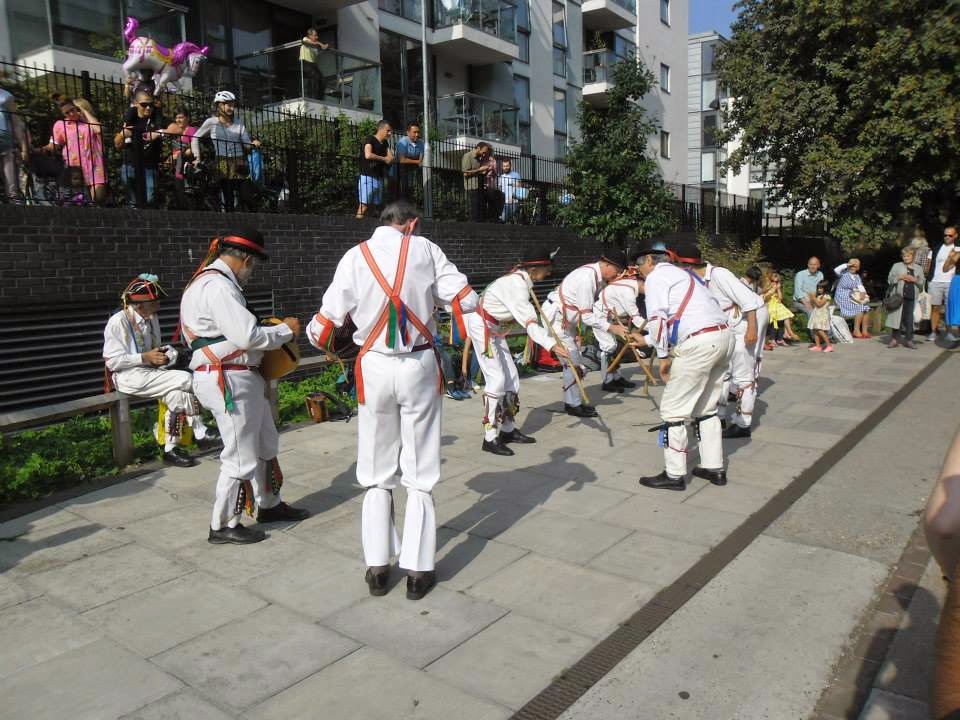 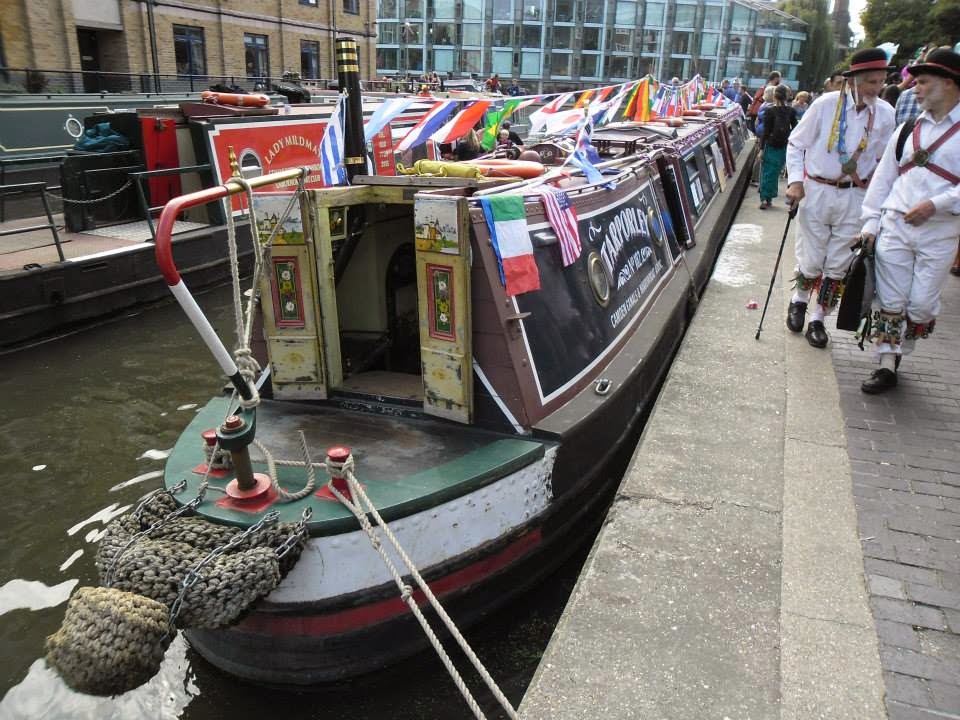 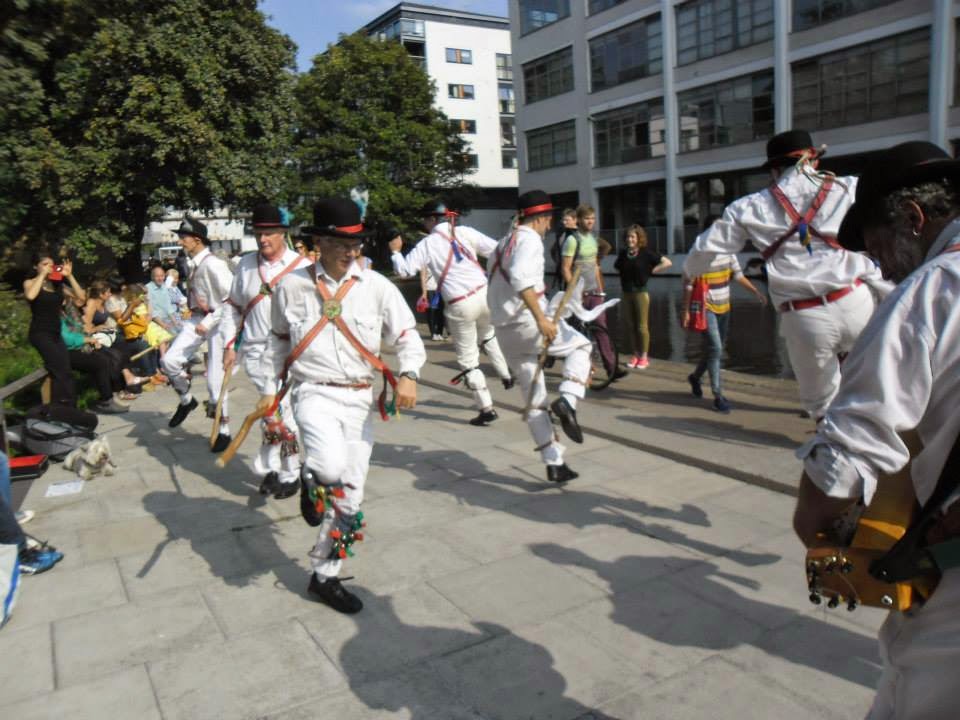 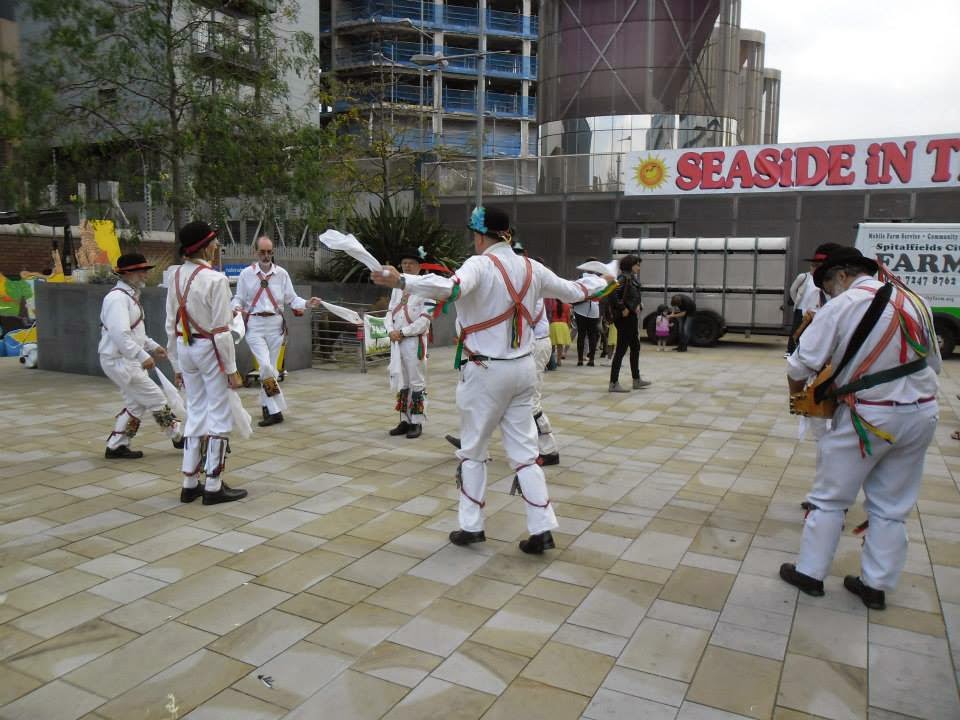 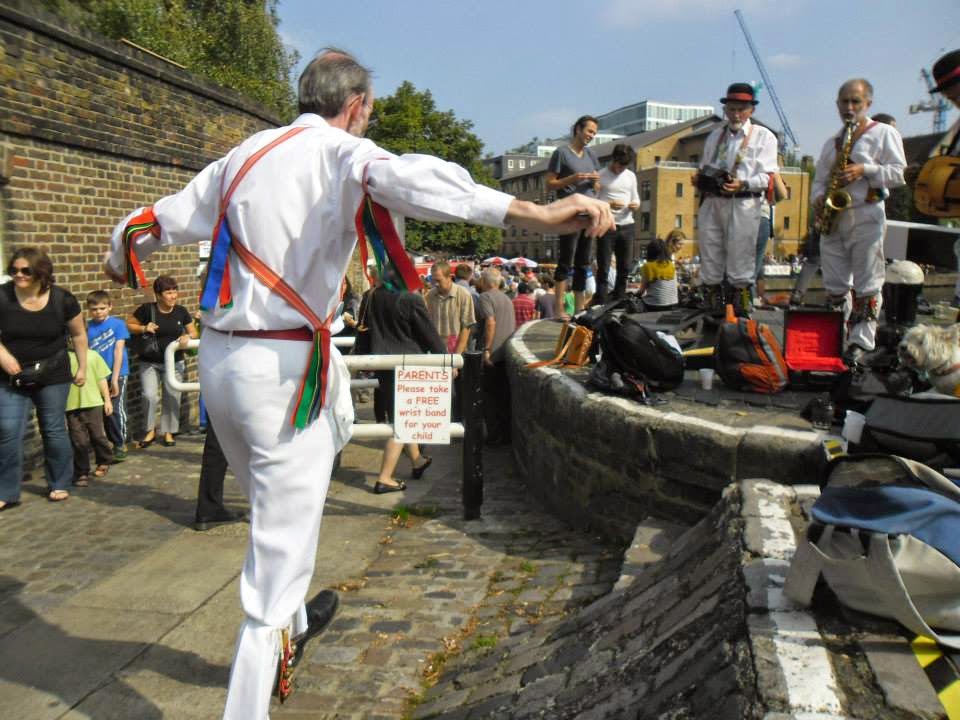 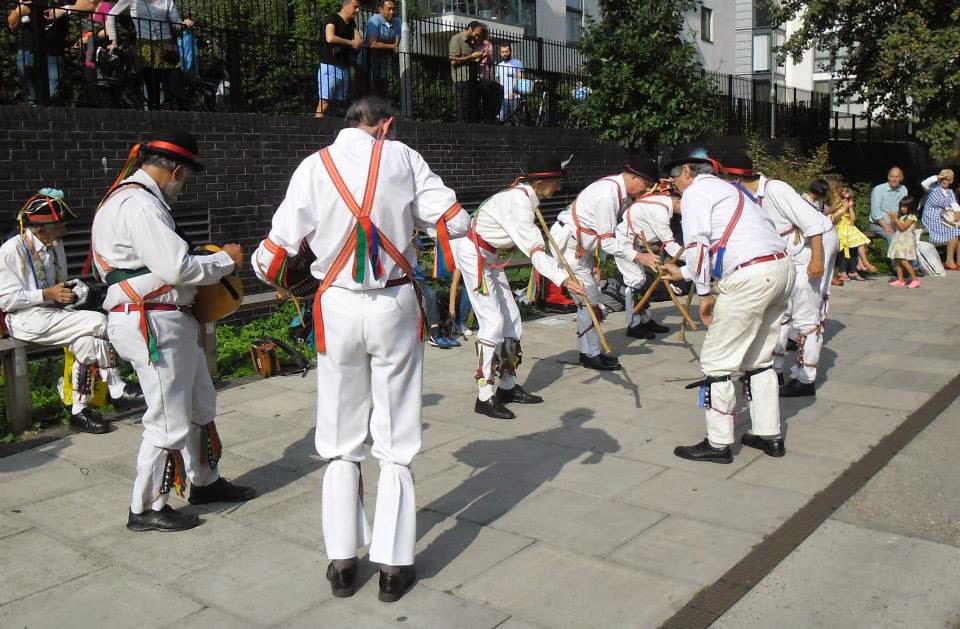 Posted by Peter Judge at 7:55 pm No comments:

This year we danced in the churchyard, where there was tea and cakes, and a barbecue, as well as animals from the City Farm, and produce such as honey.

Other acts included a Punch and Judy show, as well as the Crystal Palace Brass Band.

Some of us went on to a London Pride country dance event. Others went to Trafalgar Square where a demonstration welcomed a group who re-enacted the Jarrow March, calling for action to keep the NHS public. 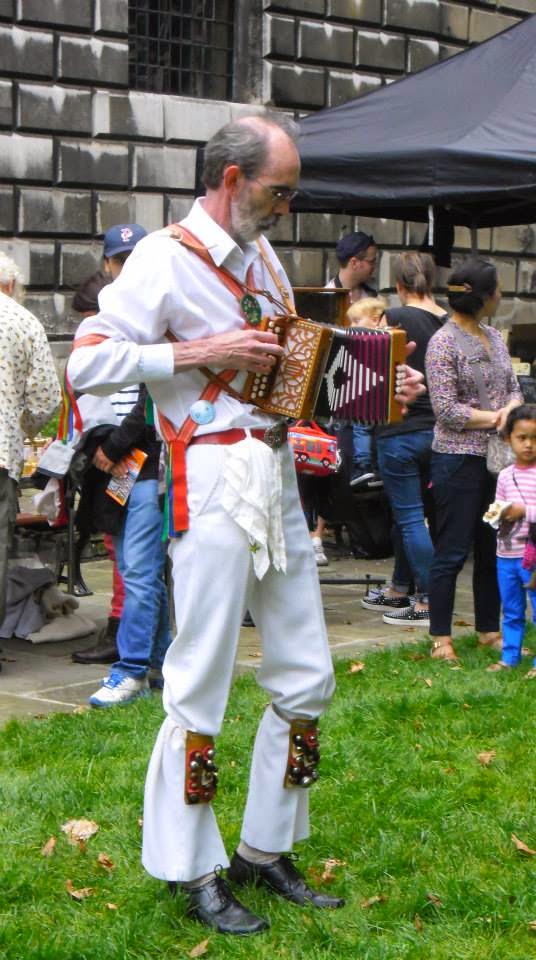 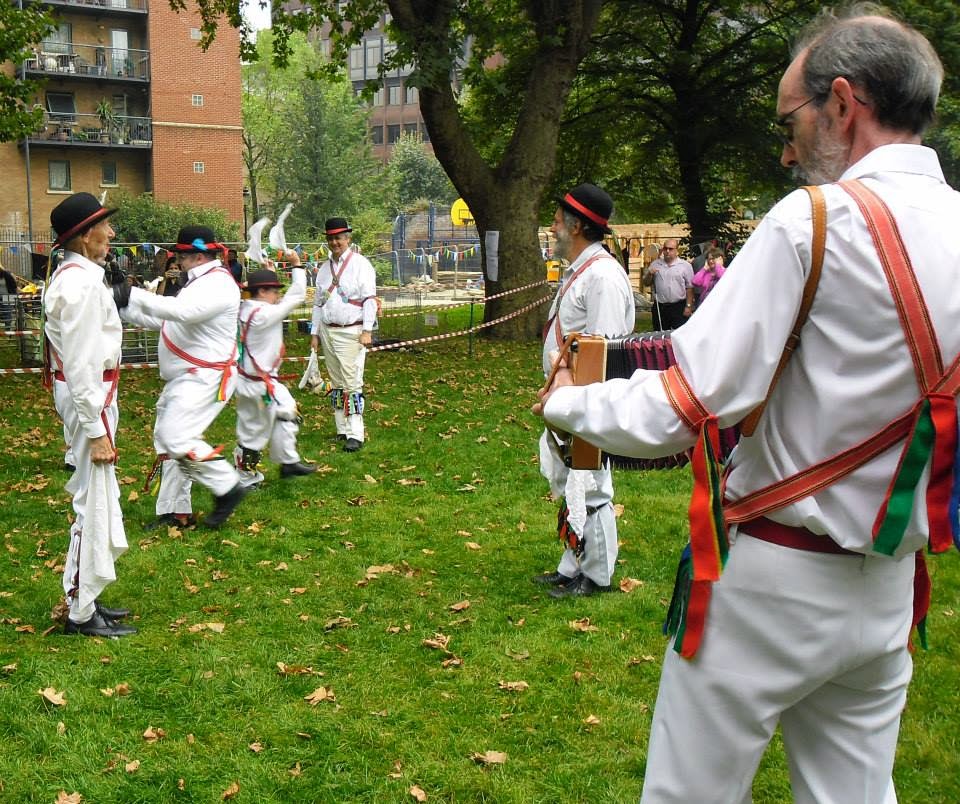 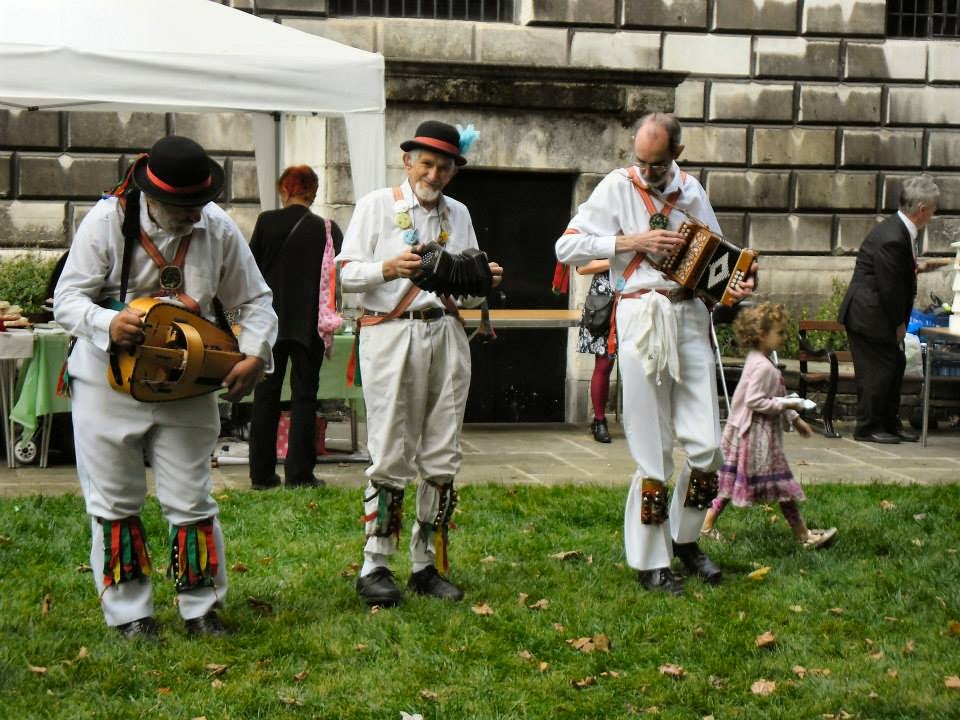 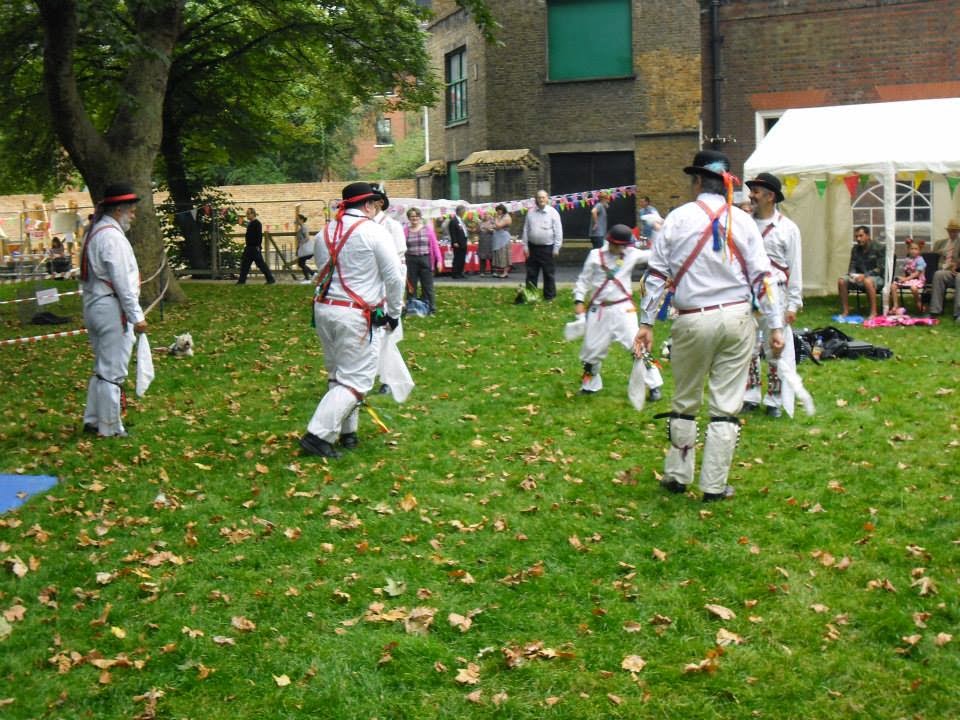 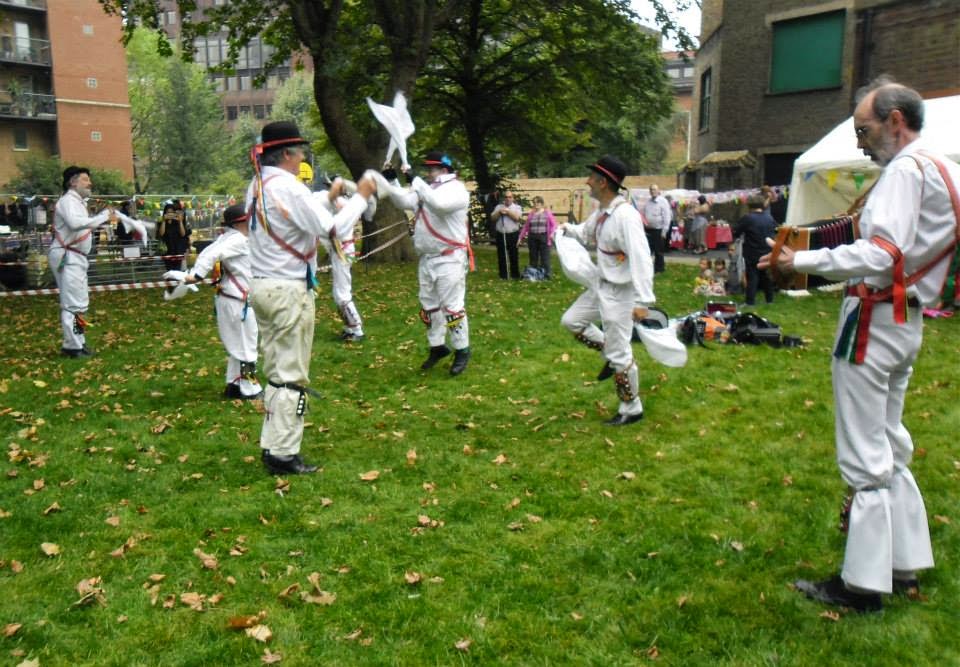 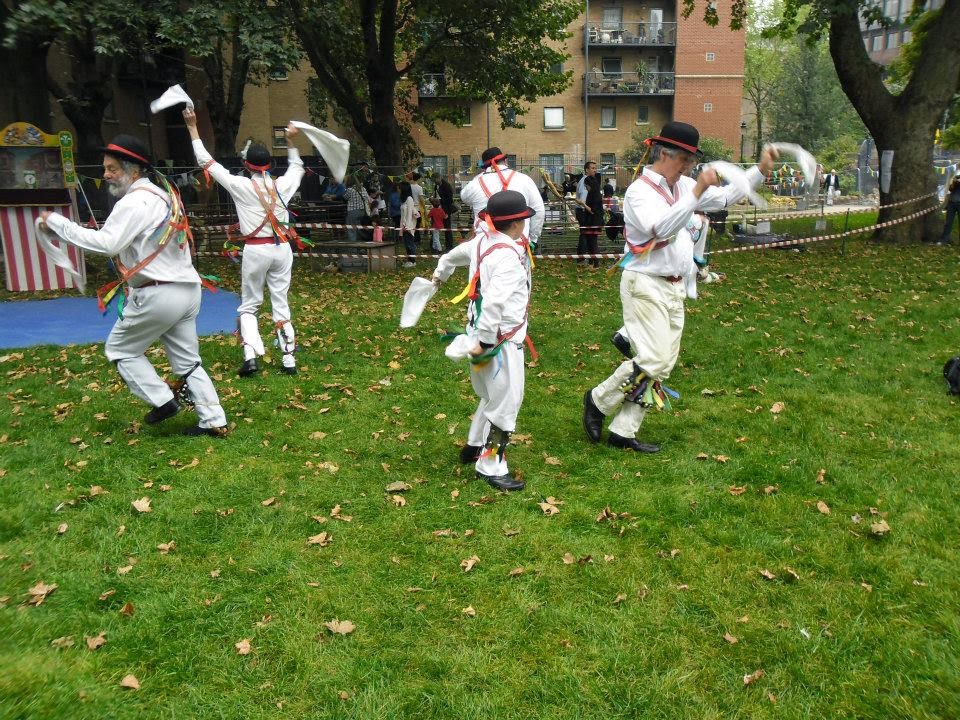 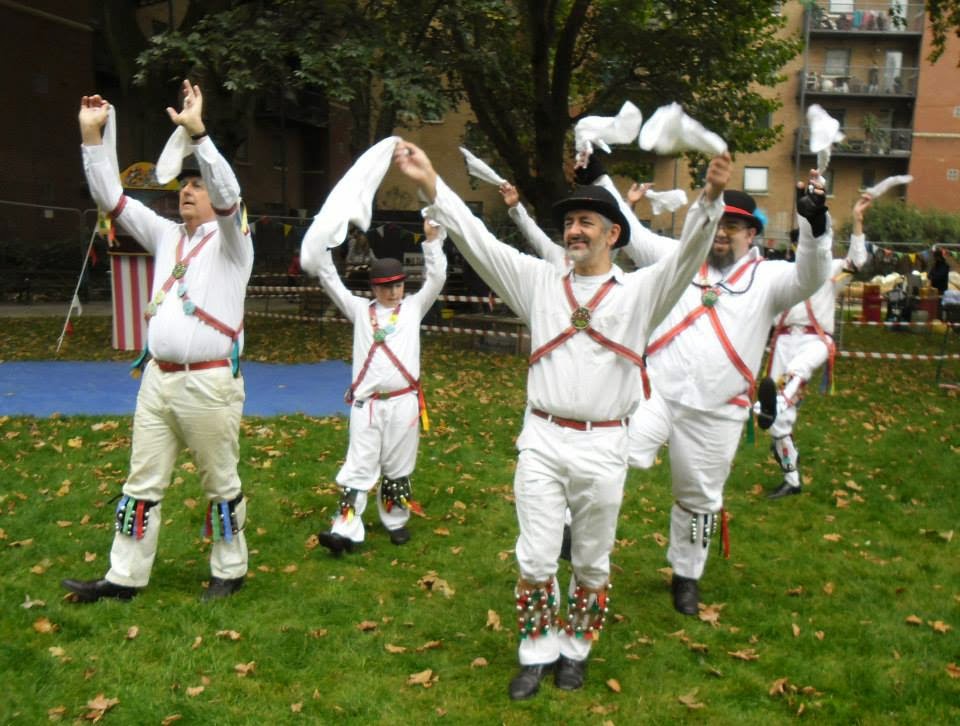 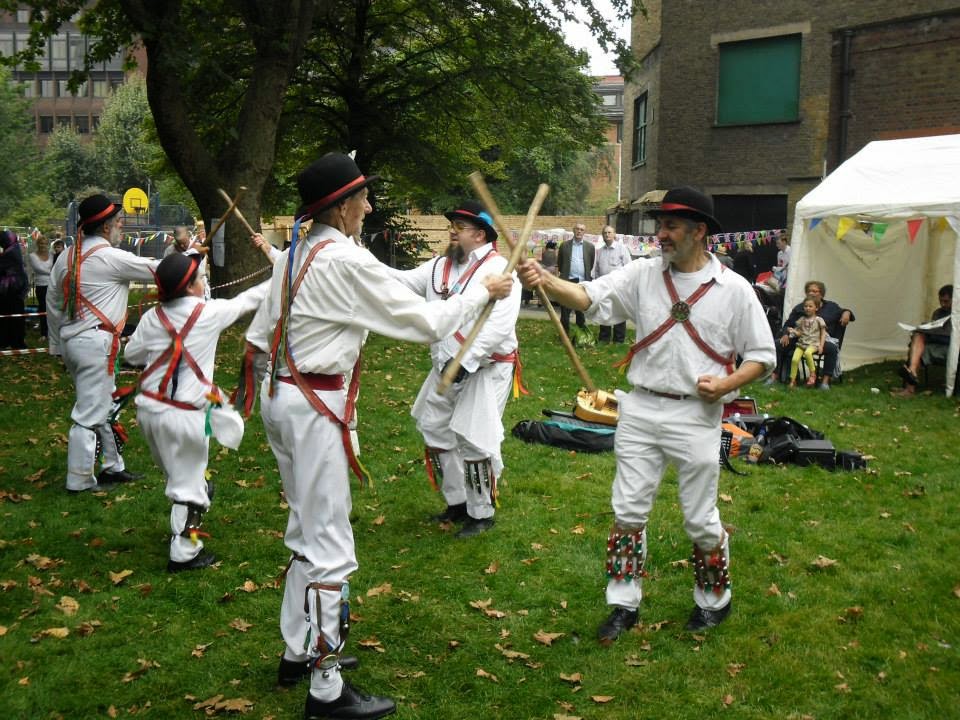 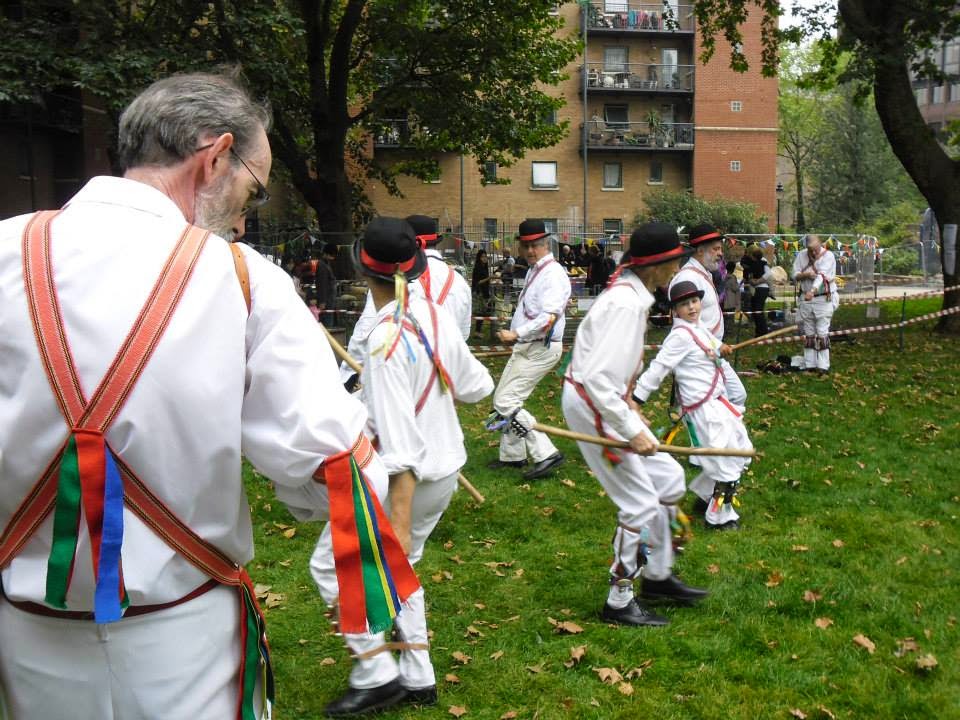 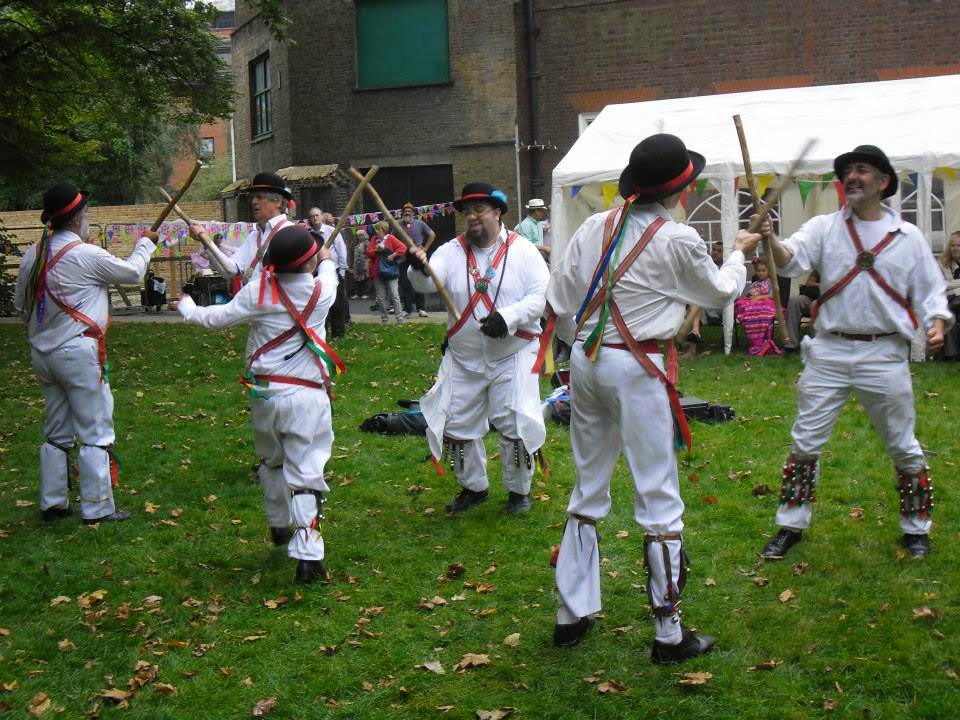 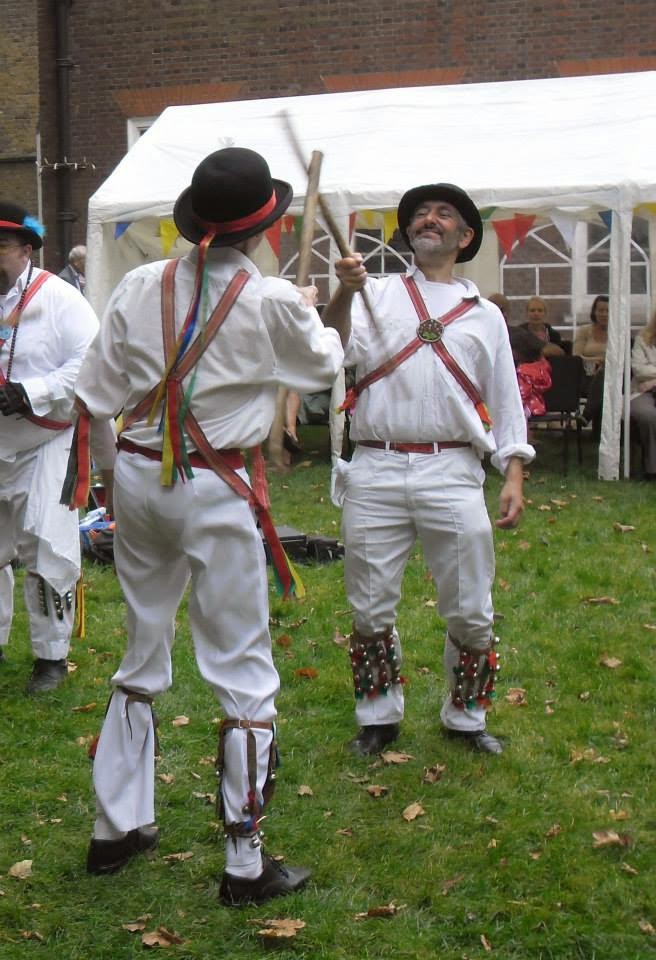 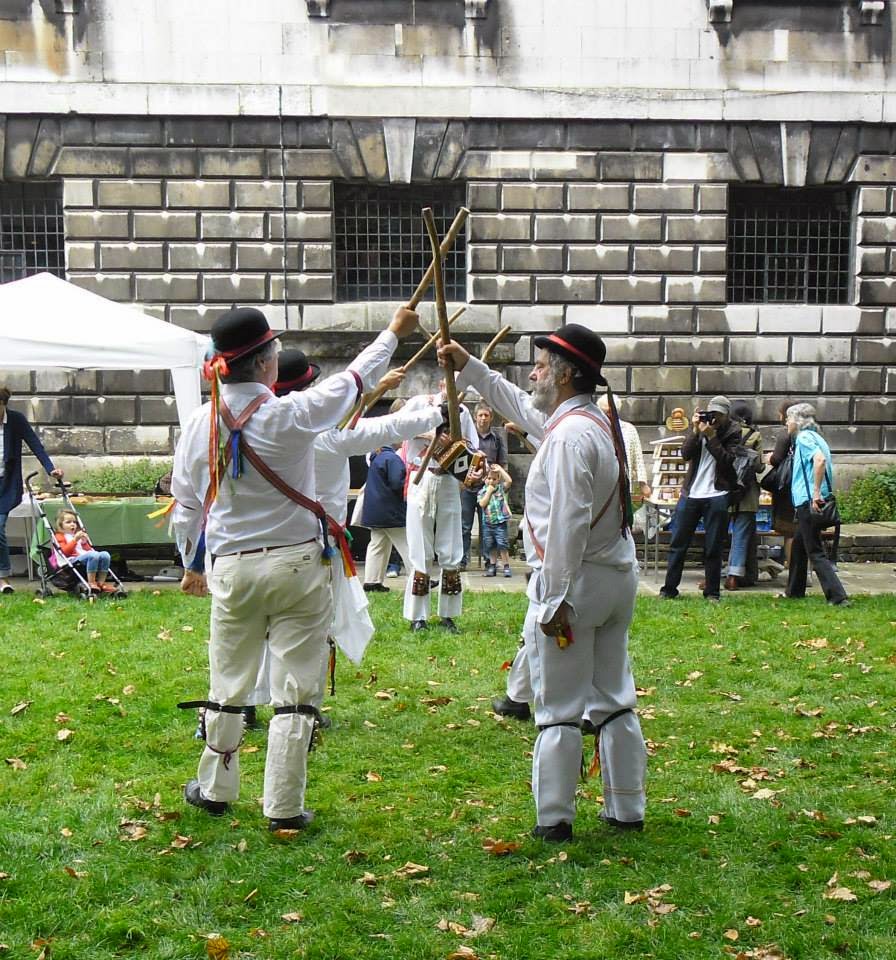 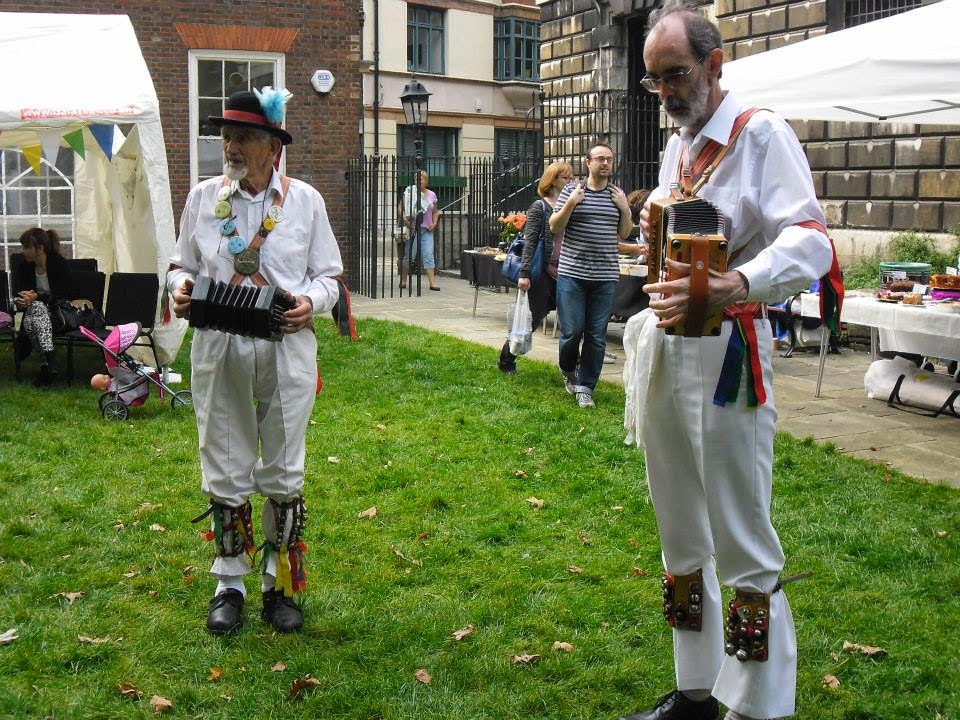 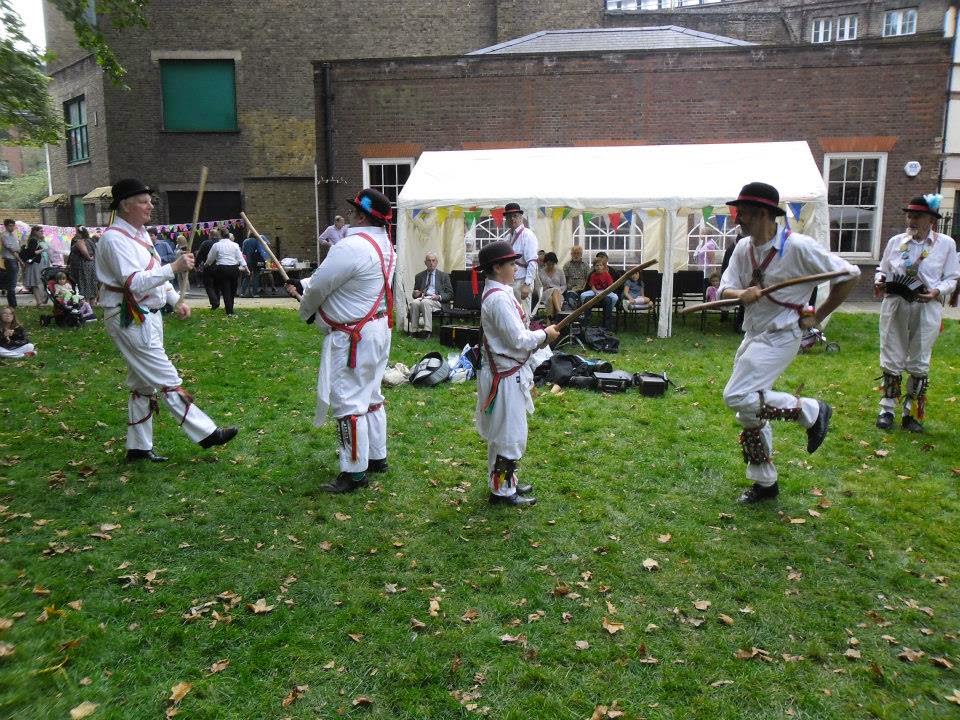 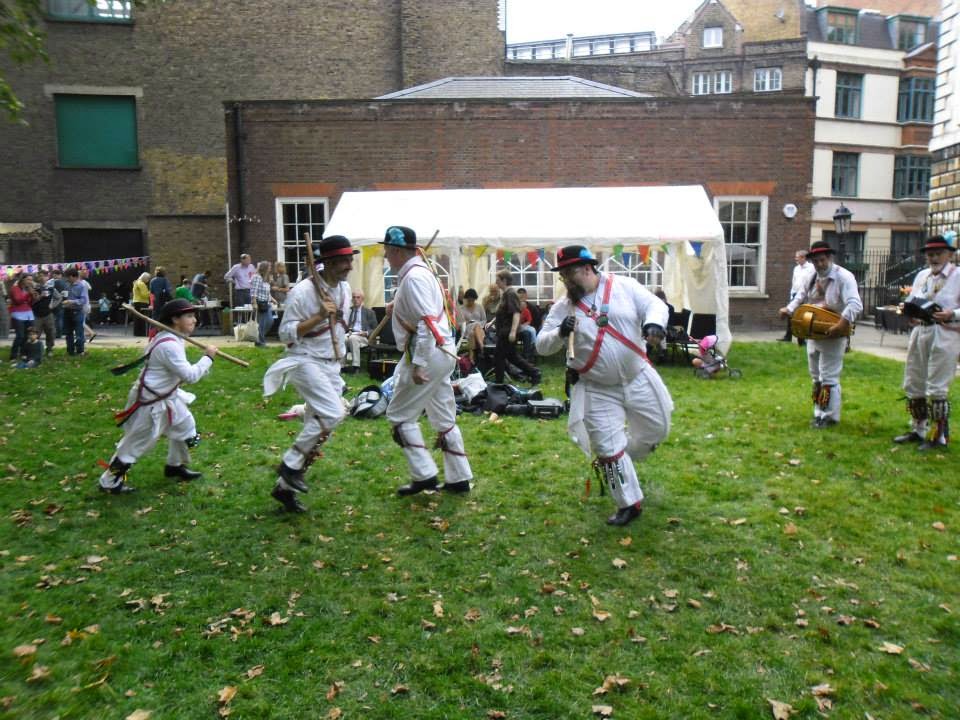 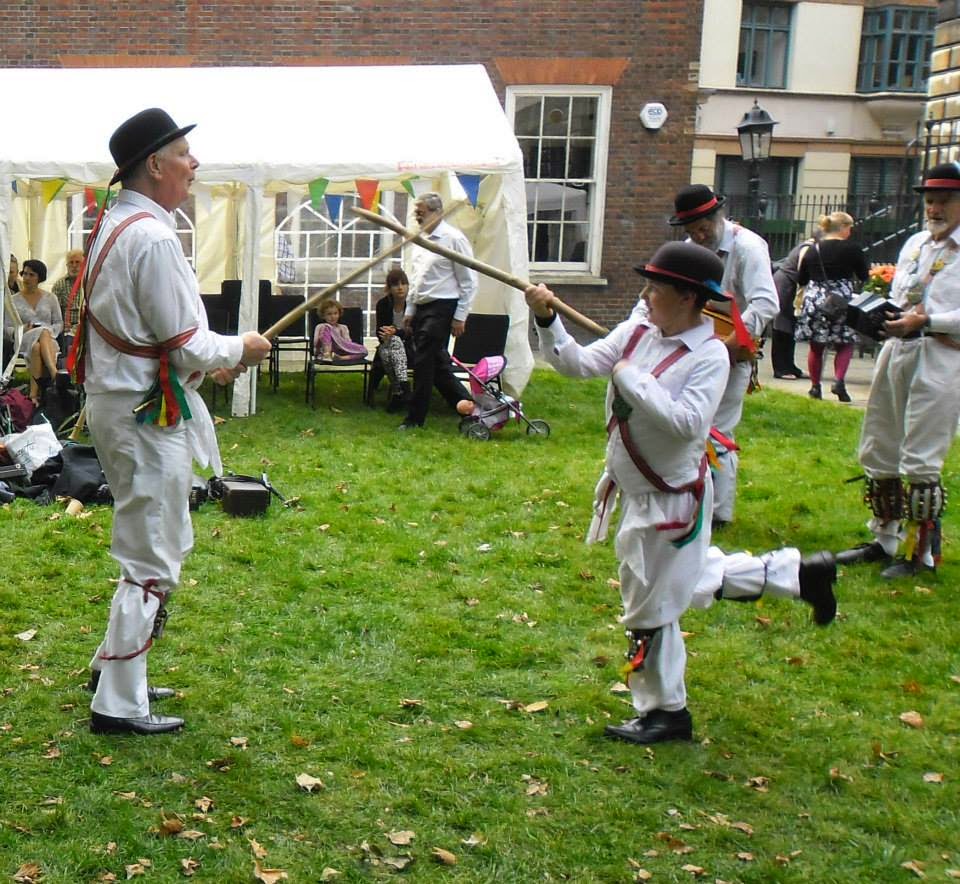 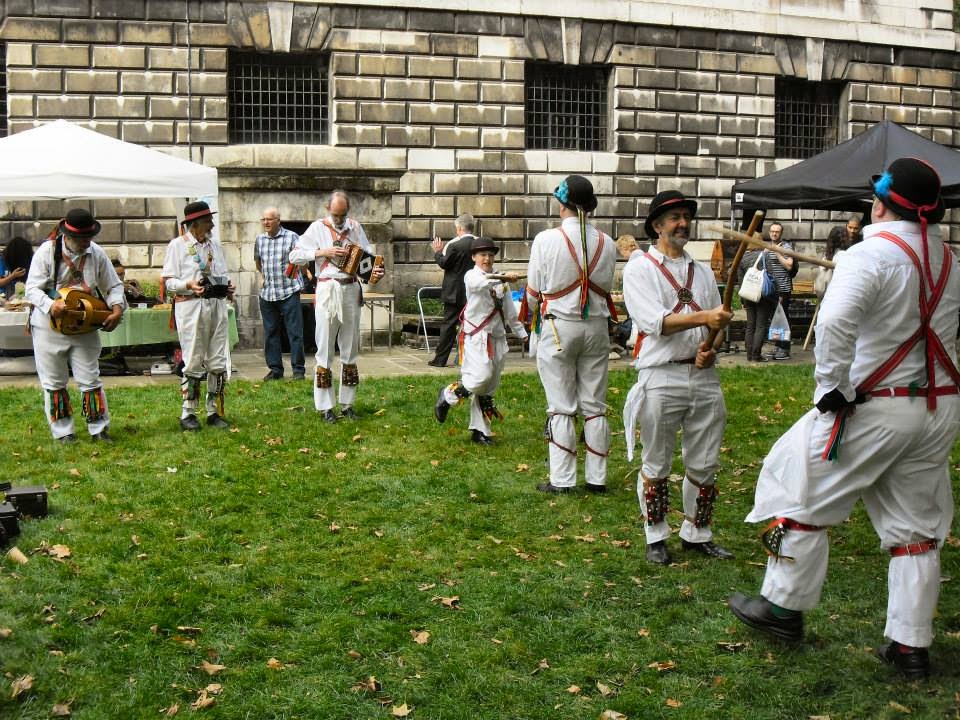 Posted by Peter Judge at 7:44 pm No comments: