We nearly got involved in this video.

Moulton Morris take on Hip Hop dancers in a "viral" advert for Ribena.

They didn't need us in the end, but I'm putting the link here, as it might amuse you...
Posted by Peter Judge at 5:29 pm No comments: 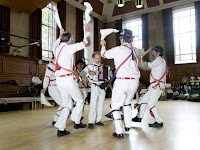 We've been sent some photos from our show at Cecil Sharp House back in May. 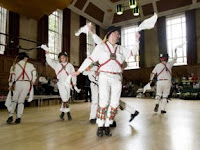 For several of us, it was the first time dancing at Cecil Sharp House. We felt pleased and honoured, and enjoyed the nice shiny dance floor you can see in these photos. 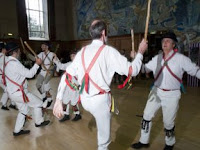 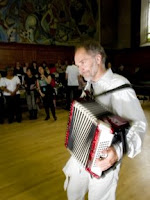 Jeremy was there in any case, playing for a children's display of Maypole and Garland dancing. 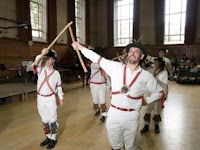 Thanks to Liz Hall for sending the photos!
Posted by Peter Judge at 12:40 pm No comments: 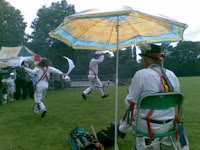 This picture pretty much sums up the TMO Fun Day, I'm afraid.

With four men plus musician, we managed to put on a show in the drizzle, and then another one in the feeble emerging sunshine.

It had its dispiriting aspects, but the barbecue was tasty. And some children were quite enthusiastic to join in. Including one ten-year old girl that wanted to "borrow" a stick, and then got quite energetic with her sticking practice....

There could be official photos later....
Posted by Peter Judge at 9:07 pm No comments:

Who was that Baroness? 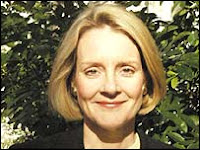 We met a Baroness on our Fitzrovia tour, on 17 July. She came up to us at the Duke of York, very pleased to see Morris on the streets.

It turns out she was one of the peers who moved for Morris to be exempt from the Licensing Act 2003. The Act required all premises that have entertainment to have a licence. Morris was exempted, following an amendment in the House of Lords. 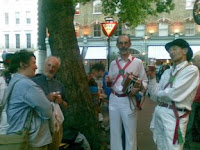 But who was she? We didn't catch her name except that it began with a B. Happily, the Morris Discussion List helped out. She is Baroness Buscombe, and she did indeed work on amendments to the Licensing Bill, to make it less hostile to live entertainment.

We thought she said Baroness Buskin (or possibly Busking?), and wondered if she had a professional interest in the Act. At the time of the debate, she was in fact Opposition spokesman for Culture Media and Sport in the House of Lords. Here's TheyWorkForYou's profile of the Noble Lady.

An exemption for Morris dance is a very good thing. Without it, we'd have to argue that Morris was automatically exempt because it isn't very entertaining, and who knows where that might lead?

We were so overwhelmed to have a peer in the audience, we made a bit of a fluff of Dearest Dickie. 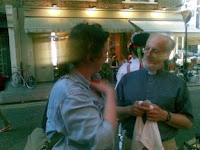 Following that, at the Fitzroy Tavern - a pub we've been dancing at for probably 40 years or more - Richard Wyber turned up in his dog collar, added a fine touch to some Bampton, and talked to the audience. 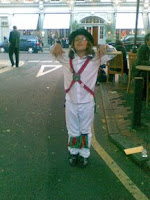 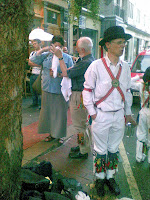 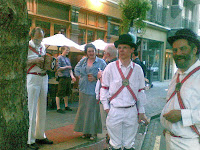 As well as Peter and Nick and Allan (and me).
Posted by Peter Judge at 8:15 pm No comments: 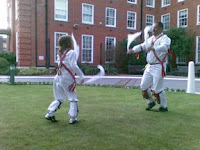 These aren't so good as the official chap's pictures of our dancing at The Lensbury Club Ball , but I think they give a flavour of what it was like.

Firstly, here's the Kanssen double jig outside the front entrance

Notice the lack of audience. Cars pulled up and people went inside. 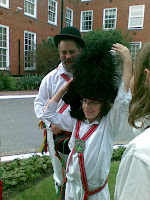 We consider whether to change our hats from the traditional bowlers, or at least to allow Exra to wear a bearskin, to adjust the height differential.... 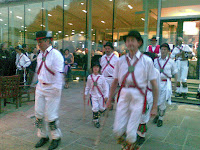 ... which looks particularly striking here. We danced in amongst the diners later, to some approval. 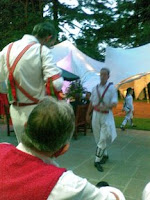 As the light fades and my phone struggles, Michael B looks almost incorporeal. 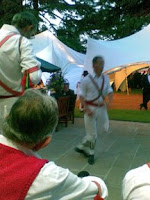 Posted by Peter Judge at 7:48 pm No comments: