Work as a salesman for a major motor manufacturer, and you live a glamorous life. Hit your targets, and you get invited to the annual sales conference, for days of wild partying and high-octane entertainment.

If you worked for Hyundai in 2012, your destination for the February 2013 sales conference was the international city and Olympic venue... London. And the top of the bill for the night's entertainment on 21 February was... London Pride. 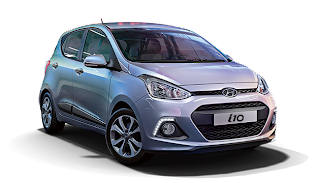 So it was that we assembled at the Grosvenor House Hotel, Park Lane at 7pm, and prepared ourselves while the audience were warmed up by a piper, expecting to perform for a select group of businessmen.

There was a long delay, before we were led through winding corridors to emerge on a stage, enthusiastically presented by a Korean MC, to literally hundreds of Asian salesmen. He explained what we were about, and we lurched into The Rose and some other mostly Fieldtown dances.

After a bit we called for volunteers to join and got a good showing of businessmen, armed with crisp linen serviettes for a dignified and enthusiastic Bonnie Green. Styanding ovation and off... and now we are waiting for the call from other motor manufacturers.

Posted by Peter Judge at 4:29 pm No comments: