Our own section in Waterstones? 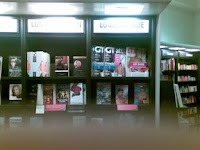 Waterstones in Piccadilly has a section labelled London Pride!

Strange though, I don't recognise any of the chaps on the magazines in the picture...
Posted by Peter Judge at 5:58 pm No comments:

Practices start on Monday and this is the new uniform. 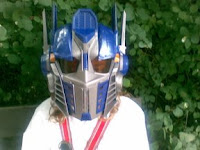 Here's Ezra wearing the headgear. Everyone else will be keeping to the usual costume. 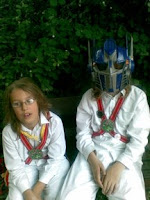 We were given a Transformer helmet by a man in the audience at the Canal Festival. 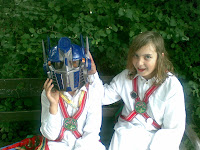 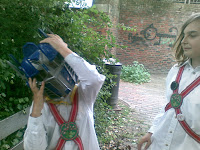 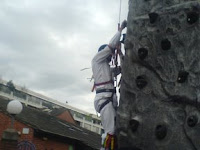 This was yet another enjoyable Canal Festival. We don't have any photos of us dancing yet, just climbing a wall we found before our last show. but we certainly got involved in plenty of other activities.

Before that, we paddled a large canoe - and chaollenged the Islington Boat Club to a canoe race next year (and maybe a dance-off!). 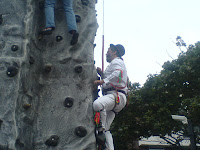 If we follow up on this, the canoe team will need to take spare clothes next year. 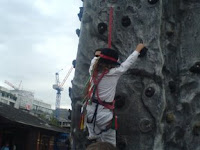 During out last show the audience included two lads on bikes, who earlier had to be persuaded to give back Peter K's hat, when it fell off from the top of the climbing wall. They seemed strangely impressed by the dancing. 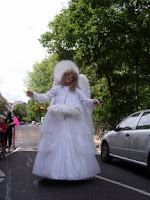 But some young men were even more enthusiastic, joining in Bonny Green. One of them gave his transformer robot mask to the Kanssens. Expect some robotic Morris in future

Oh, and there was an angel, on a Segway scooter. There's a video here.
Posted by Peter Judge at 11:16 pm 2 comments: