We visited our usual normal haunts in Maida Vale. The Prince Alfred and the Warwick Castle. 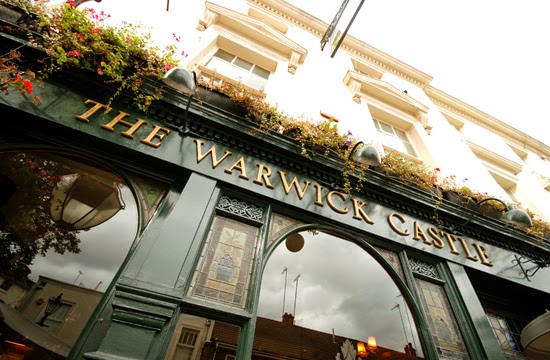 Posted by Peter Judge at 4:05 pm No comments:

A damp evening meant we had little on the way of audience, but we still enjoyed dancing with Spring Grove at a couple of riverside pubs in Hammersmith.

We started at the Rutland and Blue Anchor, in drizzle 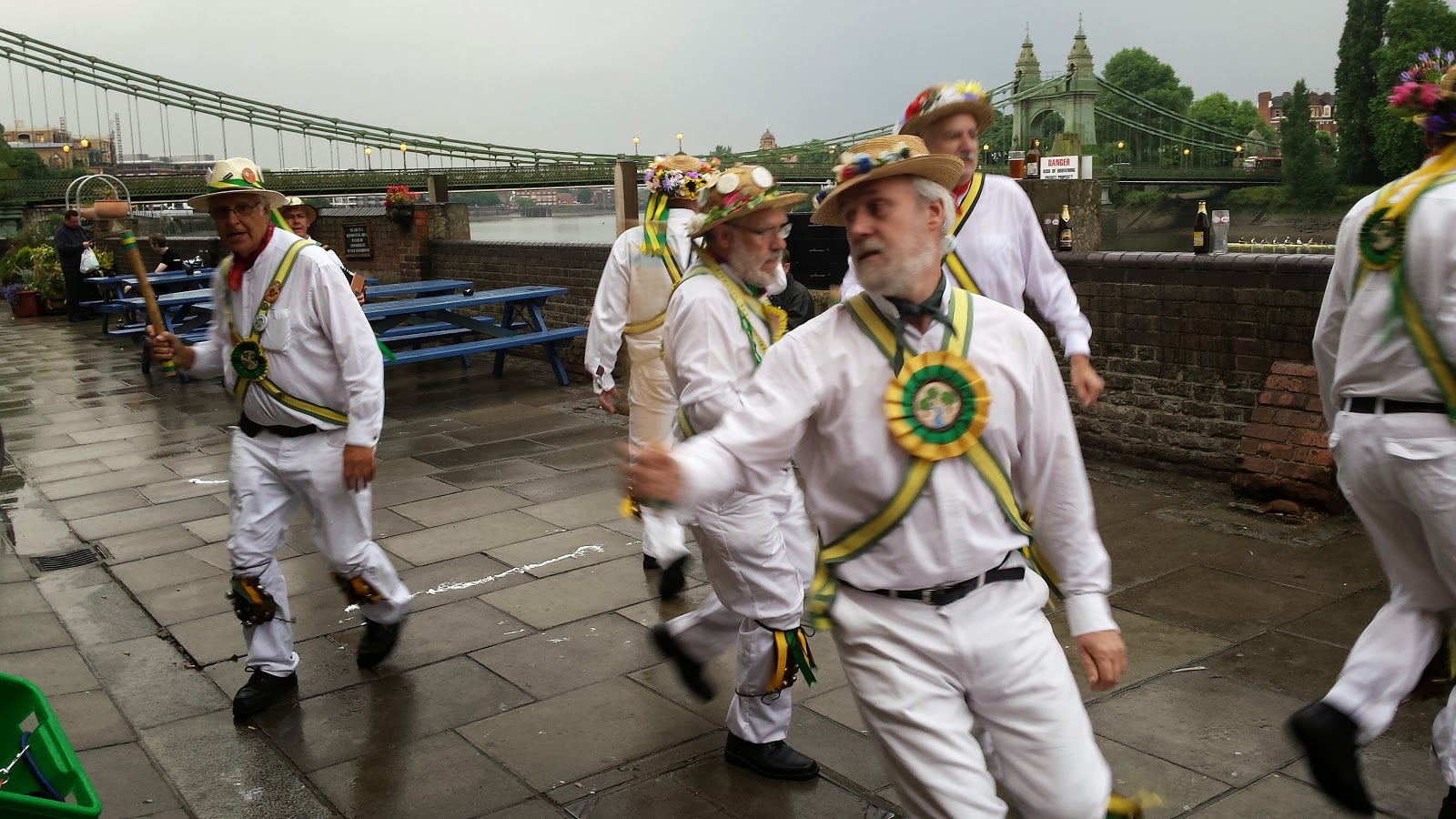 And went on to the Old Ship where it was dryer. 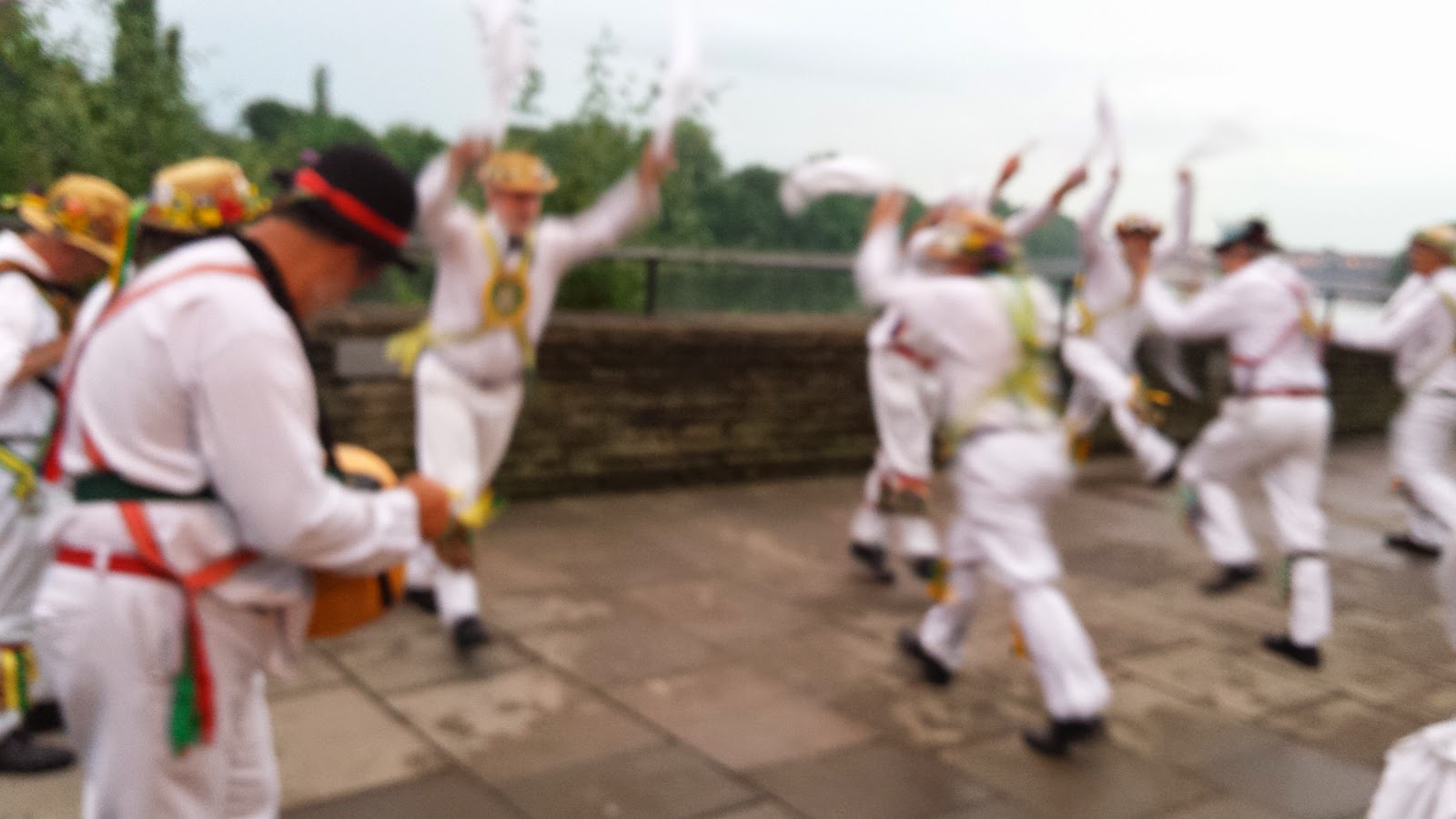 We had plenty of dances in common and our musicians seemed to work well together. We will meet again! 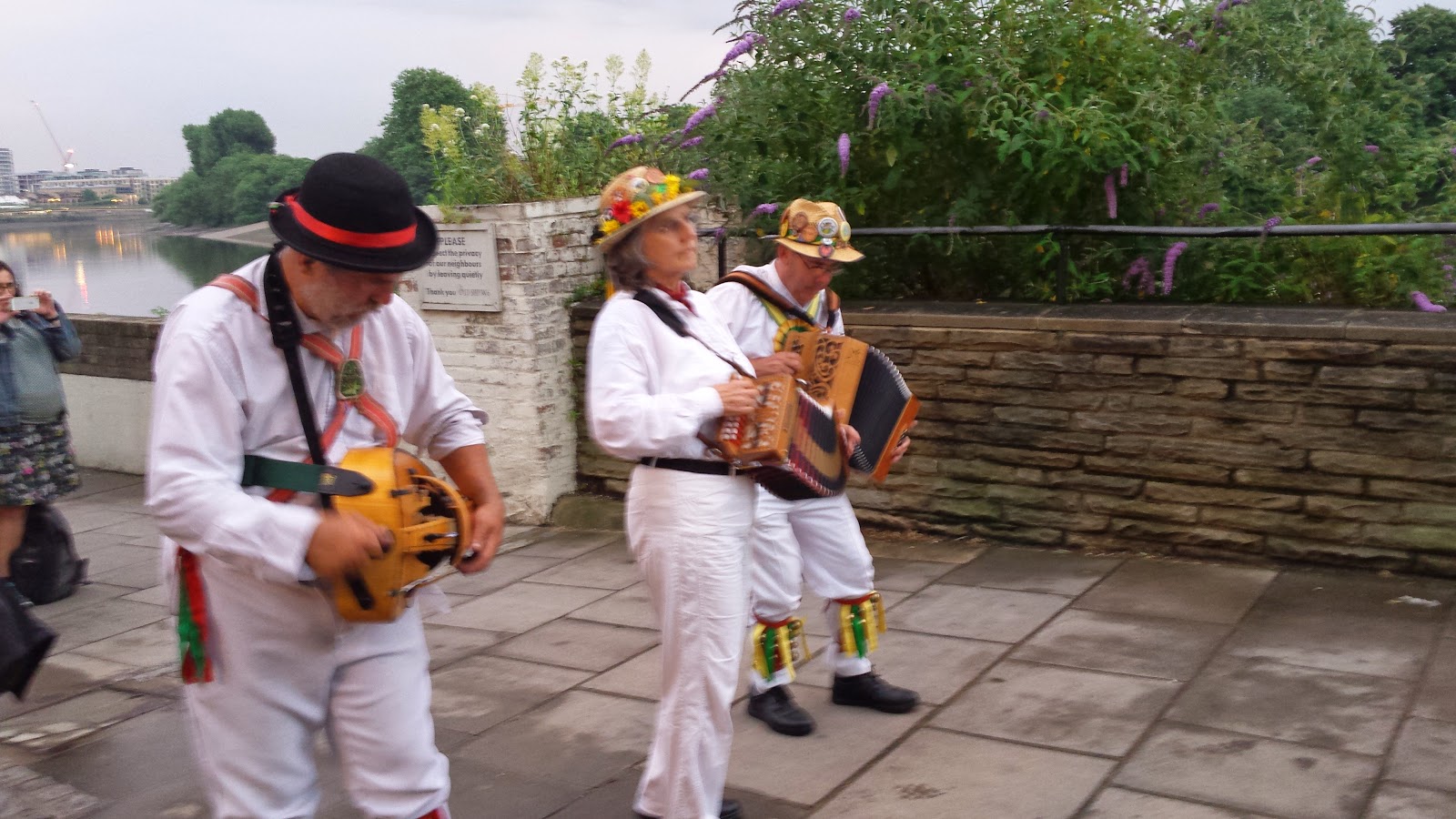 Posted by Peter Judge at 8:00 pm No comments:

Something about the environs of Cecil Sharp House brings out a fine quality in the audience. We started at The Albert in Princess Road, where an 8-year old told us we were "really cool" and proceeded to join in on the pavement. She's done Morris at school, and we've met her here before.

The audience also included London Pride's official Braid Weaver, and the Squire of Chingford. They watched us before going on to Sharp's Folk Club - apparently they actually missed some of John Kirkpatrick, in order to see us. I hope it was worth it... 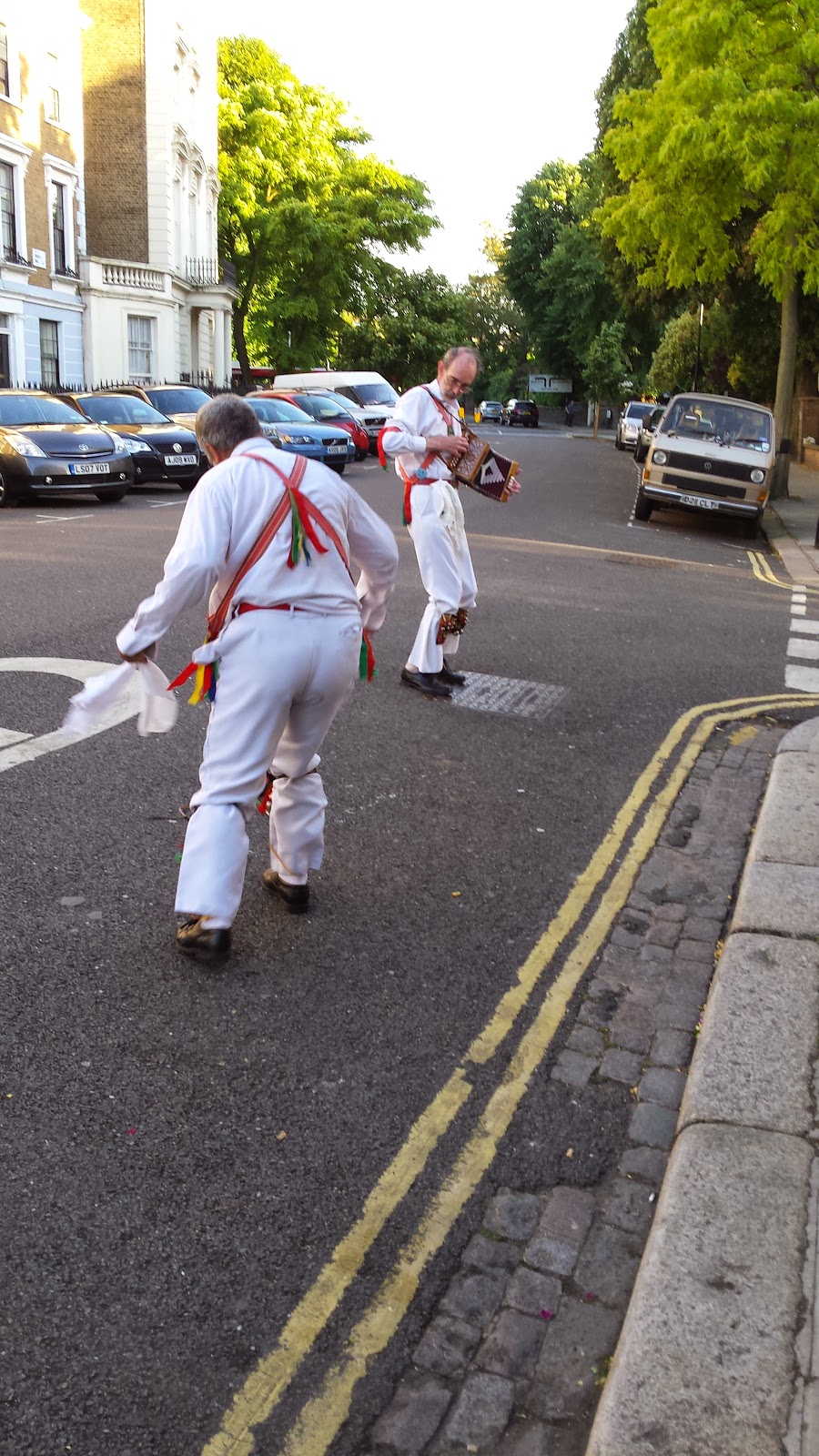 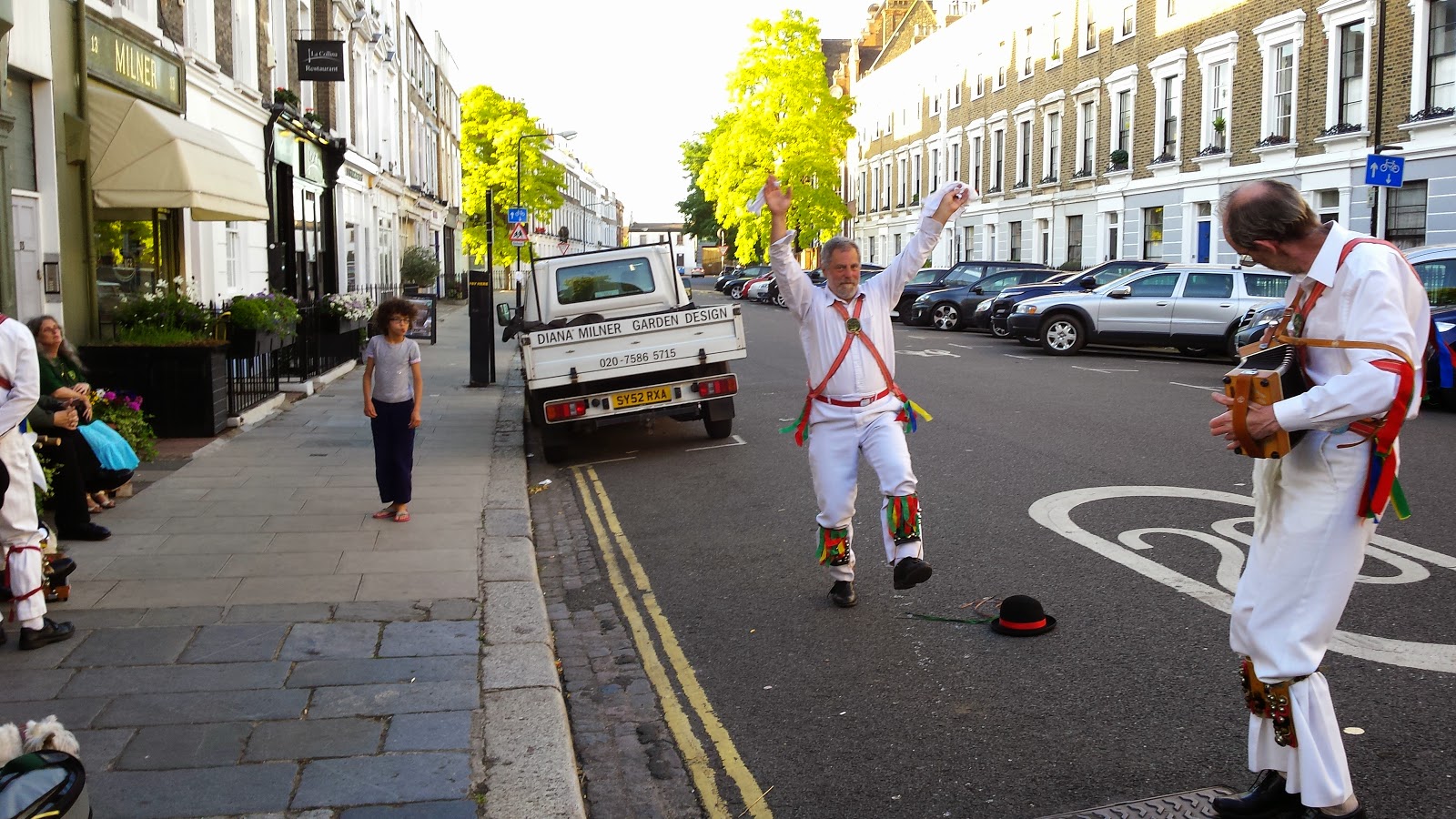 At the Spread Eagle we met "Dazza", of Welsh Border side Carreg Las.In London for business, his colleague "outed" him and he was up and jigging, 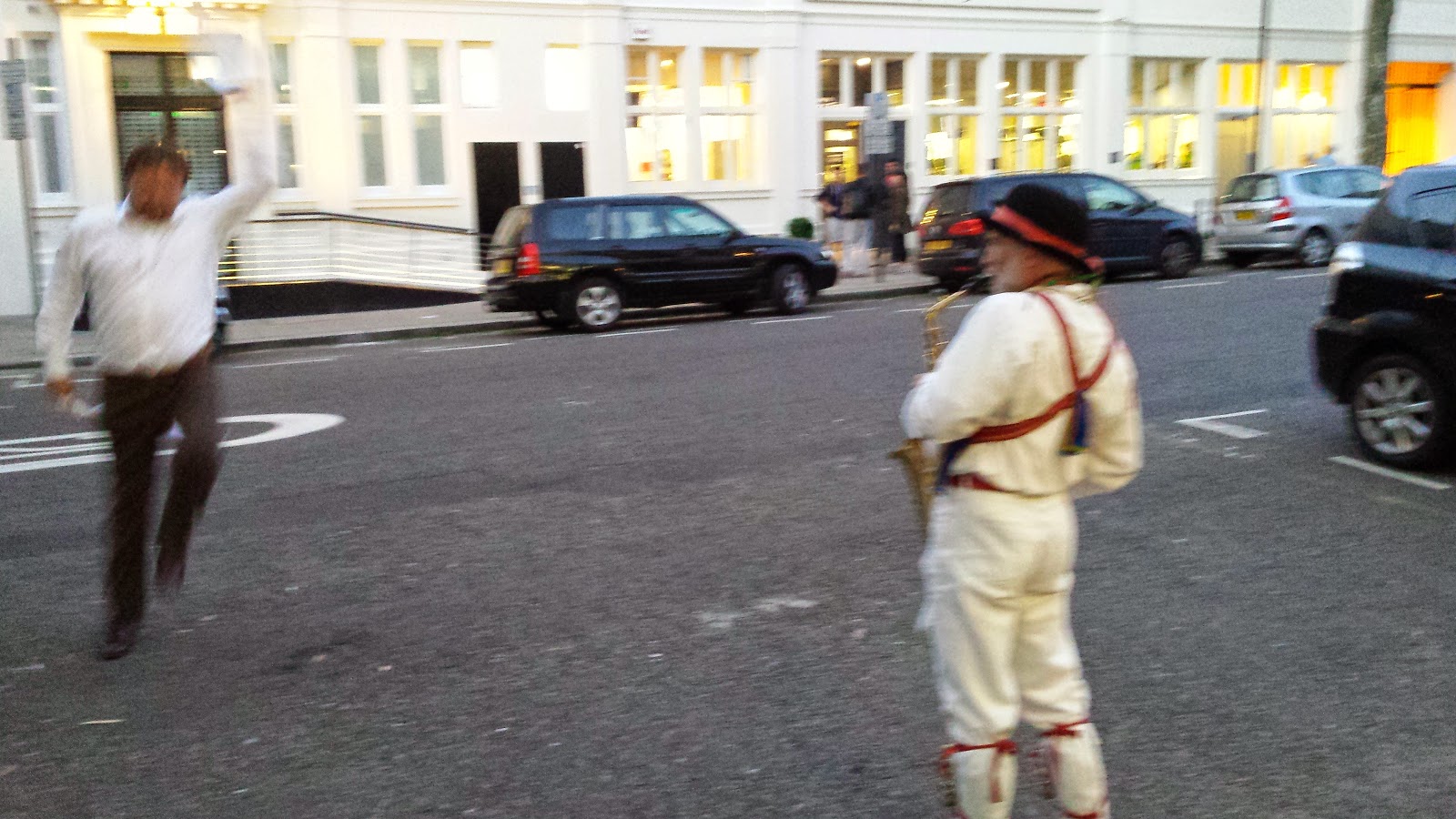 Also at the Spread Eagle we met friends from the Cecil Sharp House Tuesday Morris class, with their teacher John Russell. Oh, and Rachel and Michelle from the Belles of London City.

A great night out all round.