Beryl Windsor who organises the Angel Canal Festival sent me a rather wonderful picture painted by her son-in-law Nick Walker of LPMM dancing in 2011
(apologies that it's taken a couple of months before posting it!) 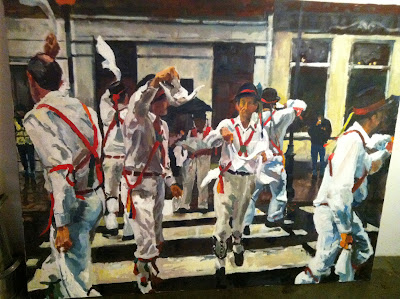 We're dancing on the zebra crossing outside the Prince of Wales
Beryl has some photos too, she says: "the ones I like best are where there are no feet touching the ground!"


We'll be back this year on the first Sunday in September, looking forward to it
Posted by Peter Kanssen at 7:22 am