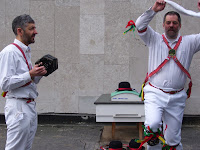 This year, before we joined the Deptford Jack in the Green, Peter K, Peter J, Ezra and Kitty had an appointment with some bees. 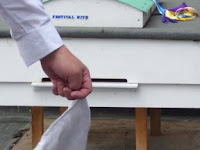 We were invited along to dance for the bees, and produced a couple of jigs. 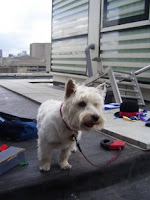 Myrtle enjoyed being on the roof of the Hall, and 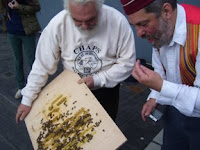 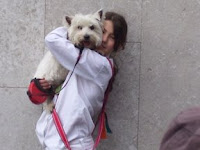